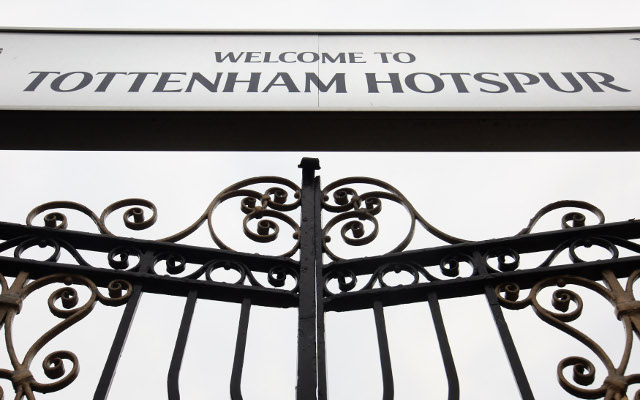 Tottenham Hotspur and Brentford meet tonight for the first time in over two decades. The pair last competed in a League Cup match on 26 September 2000, with Spurs coming away 2-0 winners.

The competition was known as the Worthington Cup back then and this third round clash was less than convincing on the Premier League club’s part.

The team line ups were as follows:

Oyvind Leonhardsen ended a goal drought stretching to five-and-a-half hours with the first on 52 minutes before Steffen Iversen sealed the win 10 minutes from time. However, it was otherwise an uninspired performance from the home side who were thankful that Scott Partridge failed to capitalise on Ramon Vega’s blunder moments before Leonhardsen’s goal.

Spurs boss George Graham had kept faith with the team that stuttered to a 0-0 draw with Manchester City on the previous Saturday. Iversen, Steffen Freund and Leonhardsen all tested goalkeeper Olafur Gottskalksson with long-range efforts as White Hart Lane hoped history was about to repeat itself, Spurs having beaten the Bees at the same stage in 1998 on the way to winning the trophy. On that occasion the aggregate score was 6-4.

After a good start, Spurs went off the boil.

It took until 30 minutes to create a notable chance, when Les Ferdinand slid home Steven Carr’s low right-wing cross, but the striker was adjudged offside. At the other end Brentford thought they had good claims for a penalty when Lorenzo Pinamonte went down under Chris Perry’s challenge. The claim was waved away and both teams went into the break level at 0-0.

Spurs were lucky not to give the lead away to Brentford when Vega completely miskicked as he tried to clear, five minutes into the second half, but Partridge failed to keep his composure in front of goal and blasted high and wide with only Sullivan to beat.

The goals did eventually come and Spurs fans could relax in the knowledge that they were safely through to the next round, albeit there was much need for improvement. 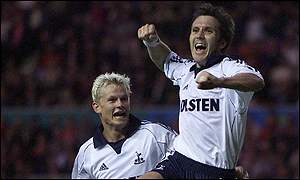