According to beIN Sports Turkey, Kasimpasa have reached an agreement with Chelsea to bring outcast Danny Drinkwater on loan until the end of the season.

It’s reported that Drinkwater is set to travel to the home of Istanbul’s fourth Super Lig side after Galatasaray, Fenerbahce and Besiktas, to sign a contract.

The Blues signed Drinkwater for £35m in the summer of 2017, per BBC Sport, with high hopes of a dominant midfield partnership with his title-winning partner from Leicester – N’Golo Kante.

Drinkwater’s big-money move has turned out to be a nightmare for all parties involved, and it seems as though no one wants to touch the ace in English football now he’s being sent off to Turkey.

‘Where did your career go wrong?’ – Drinkwater savaged during Instagram Q&A

Drinkwater disgraced – and seemingly had himself kicked out of loan spells with Burnley and Aston Villa last season owing to his off-the-pitch troubles.

At Burnley, Drinkwater saw himself battered outside a nightclub and thus out of action with injury per the Sun, just hours after he flirted with another football’s girlfriend, the initial fight can be seen here.

A mid-season switch ensued to Aston Villa, where Drinkwater quickly found himself cast aside after head-butting a teammate, per the Birmingham Mail.

His time at Chelsea has also seen him banned from driving for two years from May 2019 after a drink-driving incident saw him crash his Range Rover with two females as his passengers, per the BBC.

Kasimpasa sit 14th in the Turkish top-flight table, with the side firmly and respectfully the lowest profile Istanbul-based Super Lig club.

Drinkwater’s only action this season has come via four starts for Chelsea’s Under-23s side. 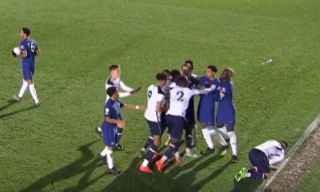 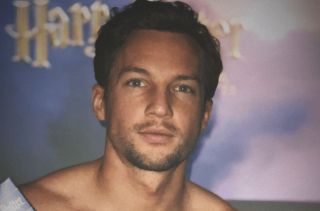