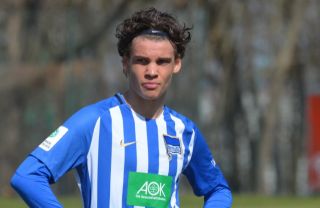 Arsenal fans will be hoping for a legitimate gamechanger or two to arrive in January to help push them to the next level, but it appears their first signing will be a developmental one.

Hertha Berlin defender Omar Rekik has been spoken about as an Arsenal target for a while and he does look like a talented prospect, while a report from Football Insider has indicated that the deal is essentially done.

It’s believed that the transfer fee will be around £540k and he’s already passed his medical, while there’s no sign of any issues over personal terms so it looks like it should be confirmed shortly.

READ MORE: Positive news for Arsenal fans as popular loanee goes straight into the starting XI for his new side

They go on to suggest that he will be involved with the first team when it comes to training but it’s unlikely that he’ll feature in matchday squads, so he’s expected to play with the U23 side to begin with.

It will be a big challenge to break into the team when you look at the struggles William Saliba had so he might not feature for a while, but it will be interesting to watch his development over the next few years. 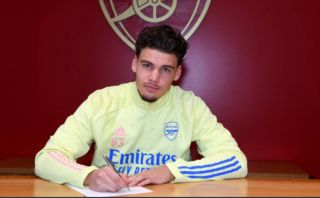 “We will announce it when we can” – Mikel Arteta all but confirms imminent Arsenal signing January 7, 2021 10:32
Arsenal FC 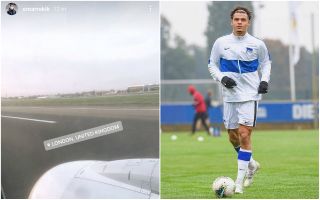