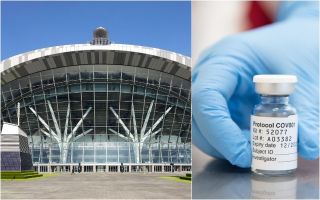 Tottenham are reportedly offering up their stadium to the NHS for use as a COVID-19 vaccine hub.

The UK has now approved two vaccines for use, with the Pfizer jab starting its roll out last month, and with the Oxford University/AstraZeneca jab now also beginning in January.

The challenge now will be to get as many people vaccinated as quickly as possible amid the hugely worrying recent rise in coronavirus cases in the country.

The use of large arenas like football grounds could be crucial, so it’s heartening to hear the Daily Mail report that Tottenham are set to offer their stadium for use.

Spurs have also previously allowed their home ground to be used as a Covid testing centre, and it would be another big help from the north London club if the NHS could use it to get large numbers of people vaccinated.

Health secretary Matt Hancock got some stick earlier in the year when he called on footballers to do their bit, and actually it increasingly looks like there has been huge help from many involved in the game.

Players have been involved in donations to the NHS and Marcus Rashford has notably done superb work to help with child poverty during these challenging times.

Let’s hope other clubs can follow Tottenham’s example here and make it as easy as possible to get the country through the next few months smoothly.