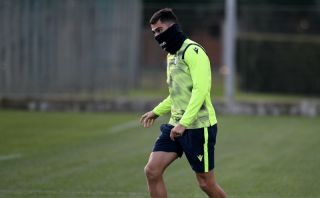 Manchester United loanee Andreas Pereira could find himself back at the Red Devils once his loan with Lazio ends despite the Italians being able to make his move permanent for an optional £24m fee.

Despite being tipped to become of the club’s most effective creative talents, life in Manchester has never really worked out for the Brazilian.

After featuring in 75 matches in all competitions for United’s senior first-team, Pereira has managed just nine direct goal contributions.

In light of his underwhelming form, current manager Ole Gunnar Solskjaer agreed to allow the 25-year-old to attempt to reignite his form in Italy.

However, despite being with the Serie A outfit for six months, the on-loan midfielder has started just two matches in all competitions as his career continues to stagnate.

Lazio’s last outing saw them claim a 2-1 victory over Fiorentina, however, once again Pereira was forced to watch on from the substitutes bench.

Manager Simone Inzaghi opted to bring on Pereira with one-minute plus injury to play but right before the substitution was set to be made appeared to change his mind and brought on Vedat Muriqi instead.

Pereira was later spotted heading down the tunnel and towards his side’s dressing room before the game’s final whistle had been blown.

According to La Lazio Siamo Noi (via Sports Witness), the 25-year-old’s reaction was a direct result of his frustration at his limited game-time.

The outlet’s report claims that Pereira’s desire to play could see him force a move to another club during the January transfer window.

Should this happen, it goes without saying that Lazio’s £24m optional transfer fee will become void and United could end up welcoming Pereira back next summer.