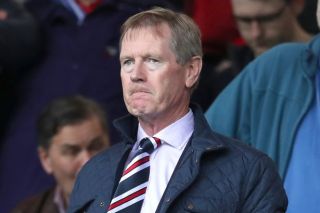 Following talks between both parties, the Ibrox fan group have revealed that all share funding raised in the first half of 2021 could be invested directly into the Premiership club. The group announced in December that a £13million deal had been struck with King to purchase his major shareholding, whilst they currently own 5% of shares in the club (6th highest shareholders).

Club 1872 are pushing towards gaining more than 25% of shares in future to give Rangers fans a voice in the running of the club.

MORE: Rangers legend predicts Celtic will go unbeaten for the rest of the season

The deal with King was met some scepticism but the new agreement opens the door for the group to participate in any upcoming share issues.

A Club 1872 statement said: “Club 1872 is pleased to announce our first share purchase under the agreement recently announced with Dave King. This first purchase of 1,250,000 shares takes the Club 1872 shareholding to 5.12 per cent – securing a crucial 5 per cent shareholding again.

“The deal with Dave King represents a hugely important strategic opportunity for Club 1872 over the next three to four years – it is likely to be the only major source of shares available to the organisation after the early part of this calendar year as RIFC moves to the sustainability phase announced by John Bennett at the RIFC AGM.

“It was therefore essential that Club 1872 kick this deal off as agreed last year and make a strong start to our three year campaign to attract legacy members. We are delighted to say that, in the couple of weeks our campaign was active prior to the Christmas break, we were able to sign up nearly 1500 new legacy members.

We fully understand that the announcement at the RIFC AGM – that the RIFC Board is to continue with shareholder funding of RIFC in 2021 – raised questions about where Club 1872 funds should be allocated.

“We have been clear from the launch of the campaign that, should RIFC require funds, our deal with Dave King was flexible enough to accommodate that. In fact, the RIFC board was approached prior to the AGM to secure their commitment that Club 1872 could participate if they decided to go down this route.

“We have spoken to Dave King over the festive break and are pleased to confirm that we have agreed with him that all share funding raised in the first six months of 2021, both from legacy and standard donations, can be made available to RIFC if they go ahead with a share issue on the terms that John Bennett announced at the AGM.

“We have also retained funds from our member contributions from 2020 to put towards any such share issue.

“If the share issue does not go ahead for any reason then the funds can be used by Club 1872 to purchase shares from him as agreed. We thank Dave for his flexibility in this regard and for once again putting the financial wellbeing of Rangers first.

“Despite some inaccurate comment in the press prior to Christmas, our commitment to supporting RIFC directly has never changed and has always been a publicly stated part of our ongoing plan to grow the Club 1872 shareholding. For the avoidance of doubt, this means that if RIFC move ahead as announced by John Bennett at the recent RIFC AGM, all share funds contributed by our members in the first half of 2021 can flow directly to Rangers.

“This represents a wonderful opportunity for the Rangers support to make a massive, multi-million pound, one-off contribution to the financial health of Rangers whilst also becoming the main custodian of Rangers Football Club for the first time in its near 150 year history.

“We look forward to early dialogue with the RIFC Board on the detail of Club 1872’s participation in a share issue in the first half of 2021.

“In the meantime we would urge Rangers supporters to join up so we can make a huge financial contribution direct to Rangers, grow our membership base to the 20,000 target and continue with our three year plan, in partnership with Dave King, to secure a 25 per cent shareholding in Rangers and protect the club for generations to come.”

Dave King stepped down as Chairman in March 2020 and was replaced by Douglas Park. Despite Rangers being liquidated, he remains popular with the fans of the club.