Manchester United defender Marcos Rojo has reportedly reached a verbal agreement on a transfer away from Old Trafford.

The Argentine seems to have taken a big step closer to finally leaving Man Utd as he verbally accepts a two-year contract offer from Boca Juniors, according to ESPN.

It’s not too surprising to see Rojo closing in on an exit, with the 30-year-old falling down the pecking order at United for some time now.

The Red Devils could do with offloading backup players like this to raise transfer funds and ease the pressure on their wage bill.

Rojo initially looked a promising signing for United, but he never really lived up to his potential and it makes sense for him to now step down a level in order to keep his career going.

Having spent time on loan at Estudiantes last season, it now seems Rojo will once again return to his native Argentina with Boca Juniors.

MUFC fans won’t be disappointed to see him go, but they’ll also surely hope the club are active in bringing in new defenders this January as it’s long been a problem position for Ole Gunnar Solskjaer’s side. 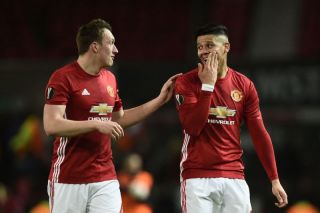