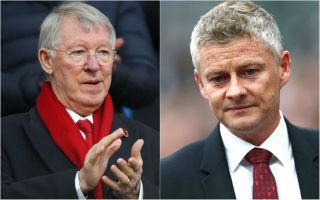 More specifically, the Red Devils boss has now lost as many domestic semi-finals in the space of a year as Ferguson ever managed in his entire 26 years in charge at Old Trafford.

See below for the stat from Simon Stone, which is not the kind of Ferguson comparison Solskjaer will want…

Ole Gunnar Solskjaer has lost as many domestic semi-finals in the last 12 months as Sir Alex Ferguson did in 26 years as @ManUtd manager.

The Norwegian tactician has done some fine work with Man Utd, turning them into genuine Premier League title contenders this season, but they have struggled to go all the way in recent cup competitions.

That’s certainly an area United could look to improve in, but it’s too late for them now in the Carabao Cup after City’s 2-0 win last night.

Fans will just have to hope Solskjaer can do a little better to help MUFC go all the way in the title race as there looks to be a real opportunity to challenge in this year’s extremely open race.