Declan Rice has been linked with a move to Chelsea on a constant basis since the summer transfer window, so it was only expected that the interest would re-surface this month.

The latest reports suggest that Chelsea still want to sign him, but West Ham want at least £73m to let him go and it means Chelsea will need to sell a few players first to raise the money to make it happen.

We’ve seen that Rice has a strong relationship with Chelsea star Mason Mount so that could also play a part in his potential decision to move, while this photo doing the rounds on social media will also get fans talking: 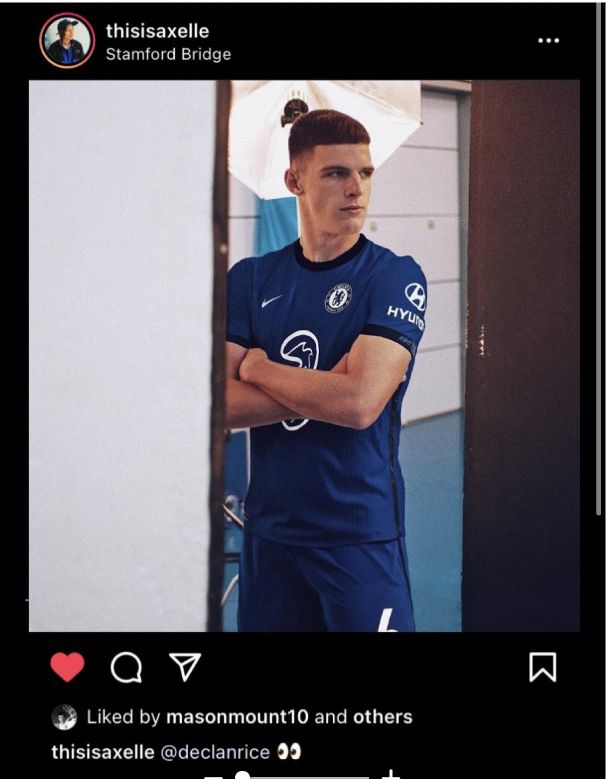 It’s just a photoshopped image of Rice in a Chelsea kit so it might not mean much in isolation, but Mason Mount has only gone and liked the image on his personal account so it makes you wonder if something might be happening there.