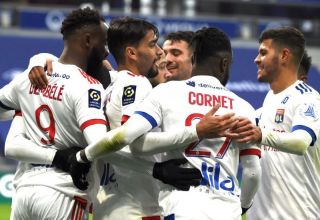 News that West Ham have accepted a £20m bid from Ajax for Haller’s services was recently reported by Sky Sports.

However, with the Ivorian looking increasingly more likely to depart the country’s capital, the Hammers have now turned their attentions to Lyon star striker Dembele.

Haller’s 12-months at West Ham has been plagued with inconsistency after a series of underwhelming performances saw the striker net just 10 times in 48 Premier League appearances.

Sky Sports claim Karen Brady and co. have accepted Ajax’s £20m bid with ESPN reporting that personal terms should not be a problem.

However, with Haller set to depart, football reporter Loic Tanzi claims West Ham are now considering Dembele after upping their interest in the French marksman over the last two days.

Dembele’s name is often thrown around whenever the transfer window opens, however, it is unusual that a club will allow one of their only first-team forwards to depart without being confident they can secure a suitable replacement.

Should Dembele join West Ham, do you think he’ll be a success in the Premier League? – Let us know in the comments.