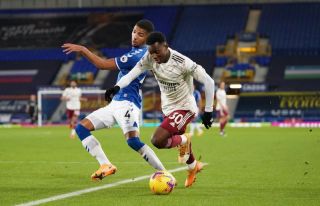 Arsenal attacker Eddie Nketiah has reportedly emerged as a transfer target for David Moyes’ West Ham United as the Hammers continue in their search for a replacement for Sebastien Haller.

After making his way through the club’s youth ranks, the 21-year-old forward enjoyed a successful loan spell with Leeds United before being recalled back to the squad’s senior first-team.

Nketiah has already featured in 21 matches in all competitions so far this season, scoring five and assisting one along the way.

However, after rivals West Ham recently confirmed that striker Haller will be joining Ajax for £20.2m, as per Sky Sports, according to a report from the Standard, Nketiah is a target for Moyes’ Hammers.

The Standard claim that West Ham are keen to understand the 21-year-old’s availability due to having just 18-months left on his current deal.

The outlet also go on to speculate that Arsenal may be more open to a permanent move rather than a loan due to the uncertainty surrounding the 21-year-old’s contract intentions.

It is not yet known at this stage how much the Gunners would demand for their young forward, but with over three-weeks left in the transfer market, there is plenty of time for West Ham to negotiate. 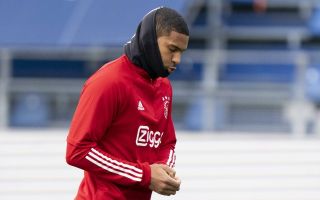