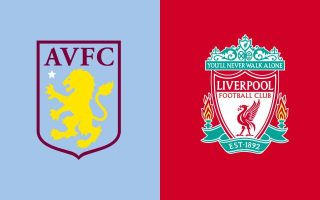 The extent of Aston Villa’s in-house coronavirus outbreak has been reported by the BBC‘s Phil McNulty, and it’s hugely concerning.

Villa face Liverpool in the FA Cup this evening under significantly different circumstances to last year’s cup meeting between the pair.

If you’ll recall, Liverpool’s first-team were out in Qatar when the two sides met in last season’s Carabao Cup, which forced Jurgen Klopp into naming the youngest team in the club’s history.

As a result, Liverpool, who were one of the best teams in Europe throughout the duration of the previous campaign, were beaten 5-0 by Aston Villa, who only marginally avoided relegation to the Championship.

The shoe is very much on the other foot this year. As the BBC’s Phil McNulty reports, Liverpool will tonight be facing a heavily COVID depleted Villa side.

Aston Villa had 14 positive Covid-19 tests in their first team bubble – 10 of which were players.

You have to think that Klopp will take this opportunity to make significant changes of his own, while remaining confident that the champions will reach the next round of the competition.