Aston Villa take on Liverpool in the Third Round of the FA Cup, and there’s good news all round as you can watch the game online tonight.

Here’s all you need to know to watch Aston Villa v Liverpool tonight. Kick off for this one is 19:45PM.

Bet365 have announced they are live steaming the Aston Villa v Liverpool match through their website tonight  –  please follow the on screen instructions here to access the live streaming options – All you need is a funded account or to have placed a bet in the last 24 hours to qualify. 18+ begambleaware.org

We’re all set for a Friday night thriller, and its a great way to kick off the FA Cup weekend as Premier League champions Liverpool face Aston Villa in the third round of the historic FA Cup.

The news coming into this one is that due to a Covid outbreak at Aston Villa, boss Dean Smith has announced that he will be fielding a team mainly consisting of players from his under 23 side, and the Villa manager will not even be attending the game to contain the outbreak.

That said, it should still make for an intriguing encounter. 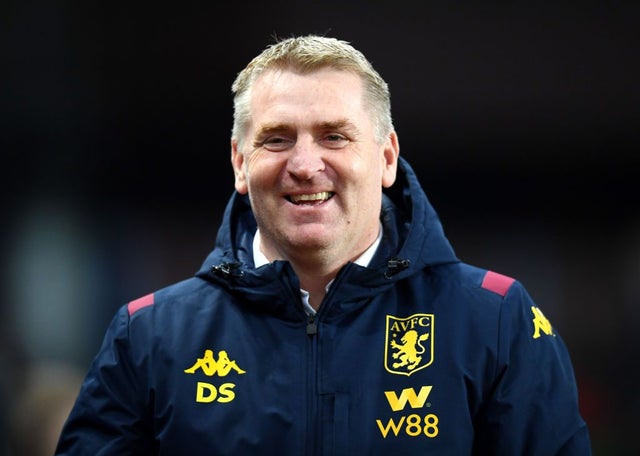 Villa boss Dean Smith is without many of his first team squad.

The game comes at the perfect time for Liverpool, who have looked a little tired in recent weeks, and its now three games in the Premier League without a win.

The Reds suffered two disappointing draws against weaker opposition in West Brom and Newcastle Utd, games they were expected to win, during the Christmas period, while Southampton overcame a poor Liverpool performance last time out to hand the Champions their second loss of the season.

With Manchester Utd now making a serious challenge at the summit of the table, there’s now a real threat to the Anfield dominance of the last 12 months. Perhaps the FA Cup is one competition Liverpool could do without?

Liverpool manager Jurgen Klopp is sure to make changes for this one with so much at stake in the Premier League as the Reds look to contain an injury list which again includes key defenders Virgil van Dijk, Joe Gomez and now Joel Matip.

Rhys Williams, Nat Phillips or Jordan Henderson could come in at the back as cover defensively, and with Manchester Utd set for a trip to Anfield on January 17th, its clear that Klopp will want his star performers to get through this one unscathed.

Takumi Minamino, who has been used in recent weeks by the Reds, Divock Origi, Alex Oxlade Chamberlain and Xherdan Shaqiri could be set to make the starting XI tonight.

As you would expect, Aston Villa are given no chance considering their team changes, and their price of 18/1 speaks volumes. Liverpool meanwhile are offered at the prohibitive price of 1/10, while the draw can be backed at 9/1.

Mohammed Salah and Sadio Mane are favourites to find the net first tonight and can be backed at 11/5, although its unlikely that they will feature.

It may be worth backing Xherdan Shaqiri, who is sure to start tonight, and will no doubt take many of the set pieces for Liverpool.

The Swiss international can be backed at 13/2 to score first, while it may be a better move to back him to find the net at anytime during the game at 11/8 – the midfielder will no doubt be on free kick duty.