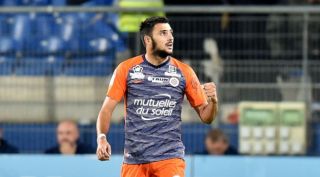 West Ham’s decision to let Sabastian Haller leave to join Ajax will only make sense if they bring someone else in, but it doesn’t sound like they had anything agreed for his replacement.

A few strikers have been linked in the past couple of days, but it looks like Montpellier striker Gaetan Laborde won’t be making the switch to London this month.

A report from Goal has suggested that he was receiving some interest from The Hammers, but he’s been quoted as saying “I don’t have any special desire to leave”, so it does sound like he’s ruling out a transfer this month.

The 26 year old striker was always talented at Bordeaux but he struggled to hold down a regular starting spot, while his move to Montpellier proved to be the final straw for Diego Poyet who threatened to quit when he was sold – he was sacked shortly afterwards.

From West Ham’s point of view he’s not an out-and-out goal scorer and he tends to play second fiddle to Andy Delort who’s the main man in the Montpellier attack, so it’s hard to say if he would be the striker they need to take them to the next level.