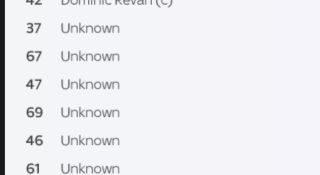 It’s always harsh if a team is forced to exit a cup competition without playing in the game, but Aston Villa may have preferred that outcome tonight.

They’ve been forced to use their youth players due to a Covid-19 crisis in the first team, and it’s fair to say that the average fan won’t be familiar with a lot of these names:

This is how we line up to face Liverpool tonight! ?#EmiratesFACup pic.twitter.com/nWAyL4sK0q

It looks like the line-up has caught the people at Sky Sports completely off guard, with their line-up generator not knowing enough about most of the players to even name them: Liverpool haven’t held back with their team selection either, so this will go down as one of the greatest FA Cup upsets ever if Villa find a way to win this.