Newcastle boss Steve Bruce says it is “morally wrong” for football to continue amid increasing coronavirus outbreaks at clubs.

A major incident was declared in London this afternoon as Hospital beds run short. In football terms, Nicola Sturgeon warned Scottish footballers that “all bets are off” if they disobey the guidelines, whilst Sam Allardyce had previously called for a Premier League circuit breaker.

Newcastle were the first team to have a Premier League match postponed this season, but more than 60 games in England have been called off overall.

Football is becoming a farce as Aston Villa and Derby have to field their under-23 teams in the FA Cup.

Although, the Premier League is determined to continue with stronger restrictions in place, Bruce has told BBC Sport:

“Financially it’s right to play on, but for me, morally, it’s probably wrong.

“I understand people want to see a game of football but we are just as vulnerable as everybody else.

“The speed which it hit our club within hours of each other, it was quite incredible how it rips through you. It’s difficult to contain and stop and it leaves people sick.”

Newcastle captain Jamaal Lascelles contracted Covid-19 but could return to face Arsenal in the FA Cup on Saturday, though winger Allan Saint-Maximin has still not recovered from the virus.

When asked about sides having to field weakened teams in the FA Cup because of positive cases, Bruce replied: “It devalues the FA Cup. We understand we are playing seven games in January, after seven in December, and the season has been squashed and there is no room for anything else.

“But to play weakened teams or youth teams – is that the way round it? Not for me.”

Elsewhere, more than 100 positive Covid-19 cases have been recorded after tests were carried out among players and staff at 66 English Football League clubs. Over 3,500 players were tested so the numbers aren’t huge, but it’s cause for concern given how easily the virus could spread through leagues by competing against one another. 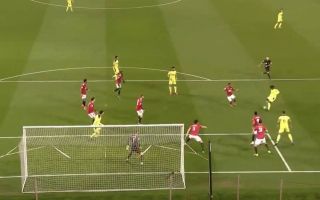