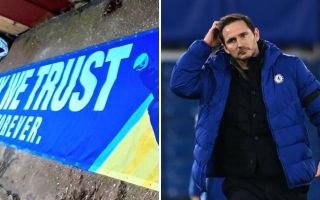 Chelsea fans have created a banner to send a message to the club’s board as Frank Lampard endures his most difficult period as manager.

The Athletic reported in wake of Chelsea’s defeat to Manchester City that Chelsea were considering Lampard’s position as manager, with the Blues having suffered four defeats in their last seven games.

That was on the back of a considerable unbeaten streak, during which Chelsea’s defence looked as sturdy as it has ever been since Lampard took the reins at Stamford Bridge.

MORE: (Video): “Some may be involved” – Lampard says there will be Chelsea debuts on Sunday

The club’s board may well have short memories, as they have been proven to in the past, but Chelsea fans have not forgotten what Lampard has given to the club as both a player and a manager. 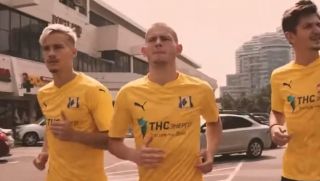 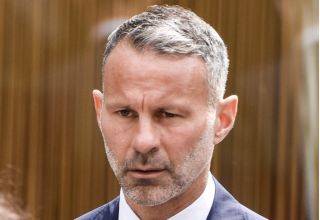 As a result, they’re set to throw their support behind the man they call Super Frank as Chelsea face Morecambe in the FA Cup tomorrow afternoon, with this banner acting as a signal of that support.

The ‘In Frank We Trust’ banner ready for Stamford Bridge…

Chelsea fans are behind Lampard until the very end. ?? pic.twitter.com/z1OW4BaIBz