According to Spanish publication Marca, Alvaro Odriozola wishes to leave Real Madrid in the January transfer window, owing to his lack of first-team action so far this season.

Odriozola has featured just once this term, a 57-minute outing in Los Blancos’ win against Real Valladolid in the opening stages of their campaign.

The right-back also endured frustrations last season, after just five appearances in the first-half of the campaign, he was sent out on loan to Bayern Munich, seeing sporadic action with the Bavarians as well.

The 25-year-old, who was signed in the summer of 2018 after some encouraging performances for Spain at the World Cup, has found himself fourth choice under Zinedine Zidane.

A calf injury ruined Odriozola’s hopes of challenging for the right-back spot when Dani Carvajal was also unavailable, leaving the long-serving Nacho and Lucas Vazquez to maintain their spots in the team.

Marca add that Odriozola hasn’t even been tasked with warming up on the sidelines since he returned to the matchday squad – a run of seven games. 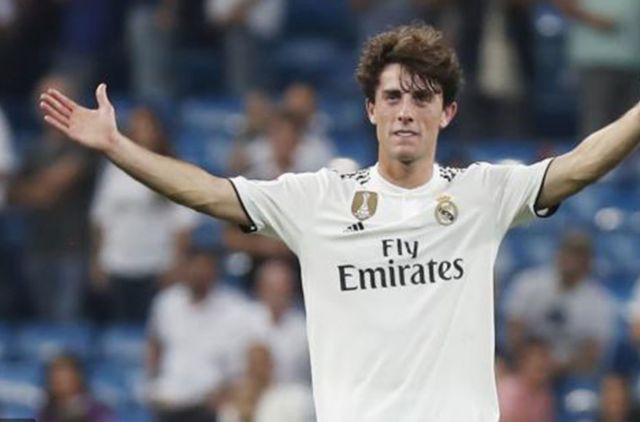 Odriozola in action for Real Madrid

Odriozola’s extremely minimal action – not just this term when taking into account the last season and a half – make it unsurprising that the Spain international is seeking the exit door this month.

The former Sociedad ace is entrenched in arguably the most difficult parts of his career, but he’s just 25 years old so Odriozola has time on his side in his efforts to establish himself as a quality player again.