Some might consider it too little, too late, but West Ham’s Manuel Lanzini has attempted to make amends for his error of judgment over the Christmas period.

The Argentinian star was pictured with Tottenham stars Erik Lamela, Sergio Reguilon and Giovani Lo Celso at a Christmas party with a number of friends, all of whom were not social distancing or wearing masks, in strict contravention of the rules laid down by the Government.

According to The Sun, the Hammers have dealt with the matter internally, but the player himself took to social media in order to make a grovelling apology and offer to donate to a local food bank as part of that apology.

Although such a gesture is laudable, in the circumstances it comes across as a little hollow. The player knew exactly what he was doing but got caught out.

With the Premier League now clamping down hard on those clubs whose players don’t follow the new rules to the letter, West Ham will be keen to remind theirs of their responsiblities. 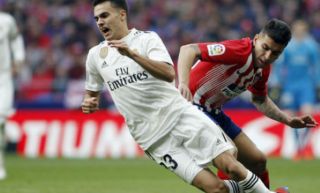