Arsenal playmaker Mesut Ozil is reportedly in “very advanced talks” over a transfer to Fenerbahce.

The former Germany international has long been linked with a move away from the Emirates Stadium, with DC United also recently talked up as suitors for him.

However, it now seems far more likely that Ozil will be heading to Fenerbahce instead.

The latest from Nicolo Schira states that the Turkish giants have reached advanced negotiations with Ozil, and that they’re highly confident they will now finalise the deal… 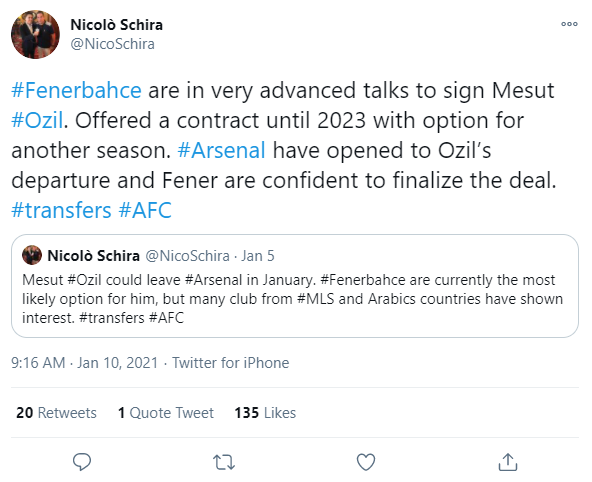 The 32-year-old has been out of favour in Mikel Arteta’s side and an exit this winter surely makes sense for all parties.

The Gunners would do well to get Ozil off their wage bill due to his high earnings, and he would surely welcome a change of scene so he can get back to showing what he can do on the pitch.