TV personality and famous radio host, Mark Wright, made his professional debut for Crawley Town this afternoon. Wright came on as a substitute in the final minute of the FA Cup tie against Leeds United, with his team winning by three goals to nil. At the age of 33, he has completed a dream and done so against Premier League opposition. 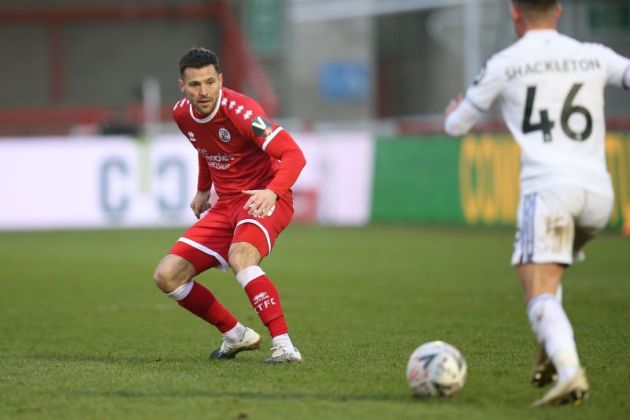 Naturally, his part in the match will take some of the headlines and these football fans have reacted in good humour to the situation:

Crawley Town subbing on 33 year old reality TV star Mark Wright in the 90th minute to see out a 3-0 win over Leeds is superb shithousery. pic.twitter.com/jCB4QQKMIq

If Mark Wright gets a 10 min cameo, it truly has been a terrible day for Leeds.

BRING ON MARK WRIGHT AND FINISH THIS.

Wright, who has kept himself in tip top condition over the years, is currently dating former Coronation Street star, Michelle Keegan… and fans have reacted with some great gags based on that theme:

Mark Wright, knocks Leeds out the FA Cup then goes home to Michelle Keegan, a winner of life.

Meanwhile, others have pointed out what a good display the midfielder produced:

Mark Wright’s game by numbers for Crawley vs. Leeds:

A debut he will never forget. ? https://t.co/PDeKk64gZi

Marcelo Bielsa watches on with Leeds down 3-0 to Crawley as reality TV star Mark Wright prepares to enter the field.

The magic of the FA Cup ?? pic.twitter.com/xc6vM8NOK9