Arsenal legend Michael Thomas has discussed what might be the Gunners’ best centre-back pairing at the moment.

It’s been an up-and-down season for Arsenal so far, with some recent signs of improvement from Mikel Arteta’s side after an awful start to the campaign.

Arsenal have plenty of options in defence, but on paper none of them particularly inspire as much confidence as you’d perhaps hope for from a big six side.

Thomas is encouraged, however, by Pablo Mari’s recent return to the team after a lengthy injury, with the 27-year-old looking solid alongside Rob Holding in recent outings.

Speaking to CaughtOffside, the former Arsenal midfielder suggested that could be the partnership for Arteta to stick with for the time being.

“I think Mari has done really well,” Thomas said. “He seems to have the intelligence to know where he needs to be on the pitch and communicates well.

“It’s a hard one (to pick the best partnership) because I think Holding has done really well and Gabriel has been a rock. David Luiz offers leadership and his ability to play on the ball.

“If I was to pick a starting pairing for the game against Palace, it would be Holding and Mari. Nothing away from the others but I think they’ve had a few good games together and no reason they won’t have another.”

Thomas also spoke about other current issues at Arsenal, naming Ainsley Maitland-Niles as a player he’d like to see more of.

The versatile star looked in fine form towards the end of last season and earned Arteta’s trust in some big games, but he’s featured a lot less often this term.

Thomas is a fan of Maitland-Niles, though, and feels that could soon change as he believes Arteta still rates him. 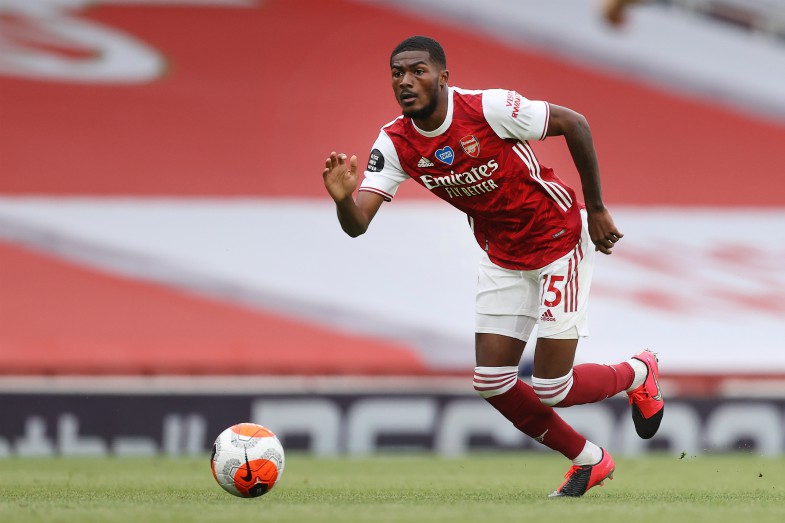 “AMN is a player I have a lot of time for,” Thomas said. “He’s Arsenal through and through, knows how to play with the ball and is aggressive without it.

“I am not sure what’s going on but I know Arteta has great belief in him so I am sure he will play more of a part soon.”

Thomas also spoke about Pierre-Emerick Aubameyang getting on the score-sheet against Newcastle, expressing his hope that it can give the striker a confidence boost.

“The team are playing with more confidence which is great,” Thomas said. “The calls for Aubameyang to play through the middle I thought were wrong. In some games where the lines are high and you can play the ball in behind it supports that argument, but generally he plays better being able to face the goal and off his friend in Lacazette.

“I think another goal midweek will help him grow the confidence back further.”