At just 35 years of age, Cardiff City’s Sol Bamba has sadly been diagnosed with Non-Hodgkin’s lymphoma.

The Daily Star note that the player has already begun a course of chemotherapy, and will, illness permitting, still attend matches and, if he’s up to it, train with the youth team in order to keep some semblance of fitness.

A popular member of the Bluebirds first-team squad, the diagnosis will have come as a devastating blow to the player personally, his family and also the club.

Cardiff released the following statement via their official website on Monday evening:

‘We are saddened to inform supporters that Sol Bamba has been diagnosed with Non-Hodgkin lymphoma.?

‘With the close support of the Club’s medical team, Sol has immediately started a course of chemotherapy treatment.?

‘Universally admired by teammates, staff and supporters in the Welsh capital, Sol has begun his battle in typically positive spirits and will continue to be an integral part of the Bluebirds family.

‘During treatment, Sol will support his teammates at matches and our younger players within the Academy, with whom he will continue his coaching development.?

‘All future updates on Sol’s progress will be provided only via official Club channels. While we request privacy for him and his family at this time, messages of support to be passed on to Sol may be sent to club@cardiffcityfc.co.uk.?

Football, being the sport it is, should see fellow professionals rally round and offer their support to the player.

It’s at times like this that Bamba will rely on the football family as well as his own to keep his spirits high.

We at CaughtOffside wish him well and hope to hear of the speediest of recoveries. 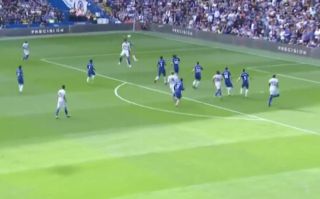