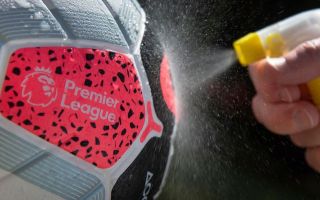 Premier League and EFL clubs have reportedly started including ‘Covid clauses’ in contracts for new players and for those already on their books.

This is according to a report from Sky Sports, which states clubs have taken to preparing extra small print in their contracts, leading to longer and more complicated negotiations.

MORE: Celtic announce that one player has tested positive for COVID-19

Teams are doing this in case the coronavirus pandemic continues to worsen, and games perhaps have to go on behind closed doors beyond the end of this season, according to Sky Sports.

There is perhaps renewed hope as the COVID-19 vaccine roll-out is stepped up across the UK at the moment, with 2.4 million jabs already administered, according to Prime Minister Boris Johnson today, as reported by Sky News.

One hopes this can lead to a return to normality later this year, but it makes sense for clubs to prepare for the worst after losing out on so much matchday revenue due to games going on in empty stadiums for so long.