According to 90min, Arsenal have held discussions with the representatives of Julian Draxler regarding the possibility of signing the Paris Saint-Germain ace in the January transfer window.

90min report that the Gunners remain on the hunt for a playmaker, despite the emergence of Emile Smith Rowe in the Boxing Day win over Chelsea, with their scouts searching all over Europe for a deal.

Draxler is now a fringe figure for the Parisians, with it added that they won’t stand in the Germany international’s way if he wishes to leave, perhaps offering them a late opportunity to cash in.

That’s because the 27-year-old’s contract expires in the summer, with 90min reiterating that whilst they’d like Draxler now, he’s of course also a free transfer target at the end of the season.

That report claims that Draxler turned down transfers that would return him to his homeland with proposals from Bayer Leverkusen and Hertha Berlin as well as Premier League side Leeds. 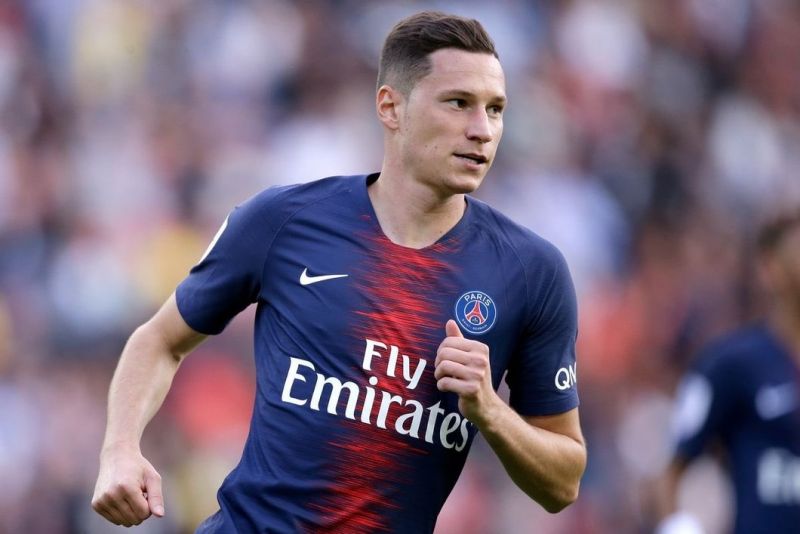 Julian Draxler is 27 years old, he’s a good player but has yet to live up to superstar potential.

90min also mention that Draxler was a target for the Gunners before he moved to the Ligue 1 powerhouses in January of 2017, so there’s a chance to finally get their man – this time perhaps for free.

90min detail that the versatile attacking midfielder has constantly been name dropped as an option for the club as an alternative to Dominik Szoboszlai, since the youngster’s now moved to RB Leipzig.

It’s even suggested that the prospect of Draxler is a more appealing one than that of recruiting Norwich sensation Emiliano Buendia or Celtic and Scotland ace Ryan Christie, as the German resembles an experienced – but by no means old – option that could be available for free or a cut-price fee this month.

It’s also unsurprisingly noted that any Arsenal additions will be reliant on their highest-paid player Mesut Ozil is offloaded, with Draxler’s ex-international teammate continuing to hint that he’s set for an exit.

Excellent news for emerging star as Arsenal prepare to reward him by more than doubling his wage January 20, 2021 15:19
Arsenal FC