According to Bild’s chief reporter Christian Falk, Chelsea have made contact with the representatives of Thomas Tuchel and Massimiliano Allegri as current boss Frank Lampard faces serious pressure.

Chelsea have lost four of their last six Premier League games, winning just once against Leeds and sharing the spoils with Aston Villa.

The especially poor results against sides that were around them in the table like Everton and Villa may seriously hinder the west London side’s hopes of pushing up the table in the short to medium term.

This has left Lampard under serious threat of the sack, per a damning report from the Athletic (subscription required) that was published on-the-whistle of the defeat to Manchester City.

Falk reports that the five-man shortlist on the club’s hierarchy to replace Lampard in the event of his departure is Thomas Tuchel, Max Allegri, Brendan Rodgers, Ralph Hasenhuttl and Julian Nagelsmann.

The German publication’s go-to journalist added that ‘non-binding’ contact has already been held with the man recently sacked from Paris Saint-Germain and Allegri – who has been on a break from football. 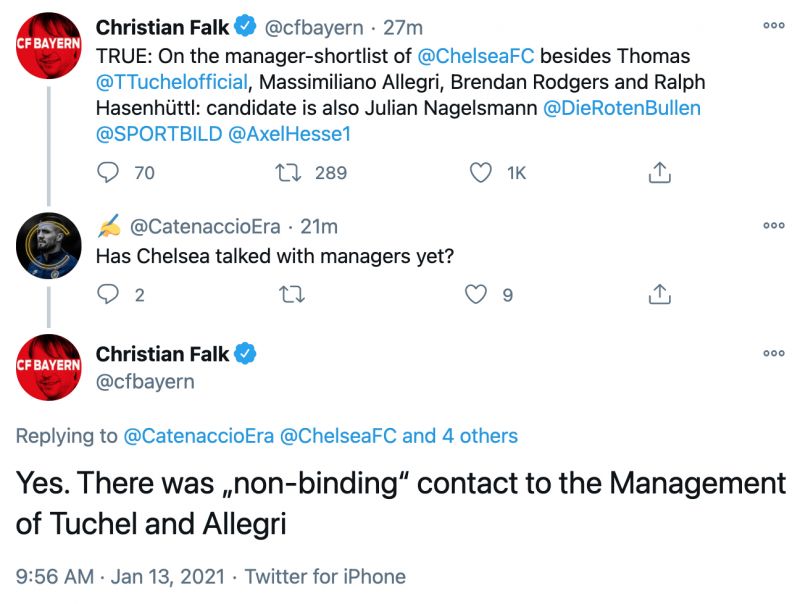 Just days ago, we shared the thoughts of Blues legend Alan Hudson on the rumours of a replacement already being lined up for Lampard, the harsh side of the business appears to be continuing.

Whilst Lampard’s job security was indirectly helped by Mauricio Pochettino replacing Tuchel at PSG, the fact that a world-class tactician like Allegri is freely available is a massive threat to his position.

If Lampard, a legend for the Blues, really is close to being sacked if the side’s dire run continues, it remains to be seen whether Tuchel would be considered for a job so soon after his sacking in Paris.