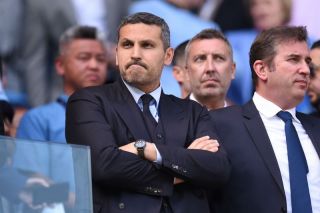 Manchester City and New York City FC owner City Football Group will be adding a new club to their company. They’ll be dipping into the South American market in their partnership with Bolivia’s Club Bolivar, The Athletic reports.

For those unaware of Bolivar, they’re the most successful in Bolivia, winning 29 league titles, the last of which they won in 2019.

CFG will not have a stake in Bolivar ownership; however, the South American side will have access to plenty of CFG’s resources. Data and technology to measure player performance and those in the CFG system scouting, coaching, and developing players will be at their disposal to use.

Bolivar will also see an injection of financial compensation from the Man City ownership group to increase revenue and build new facilities.

With CFG already owning clubs in 11 countries in five continents, it might take long before they either buy Bolivar or another club in South America as they begin to dip their toes into the market with this partnership.