The ex-Magpie could not have made himself much clearer as he took to Twitter to urge Sheffield United to take him off Newcastle’s hands with the hash tag #BRUCEOUT. 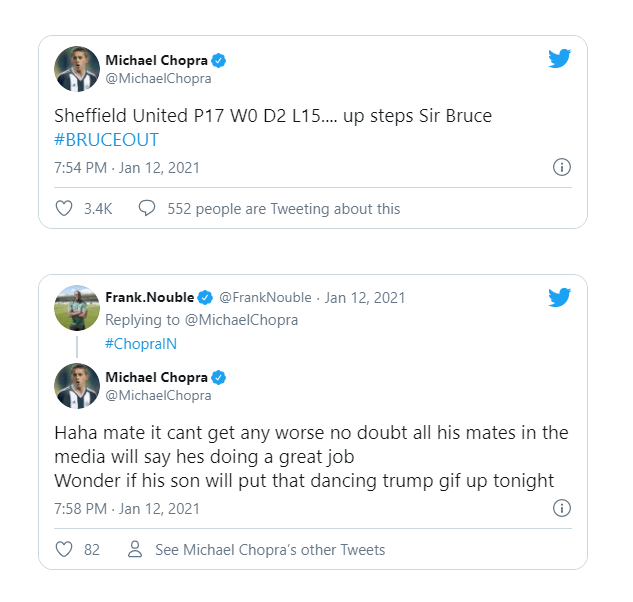 Newcastle are at the wrong end of the table at the moment after a poor run of form, so we imagine many fans will also be growing frustrated with the manager.

Bruce is an experienced Premier League manager, but he’s perhaps not been as convincing in more recent times as the standard has improved quickly in the last few years.

Chelsea rank second-worst in entire league as dire defensive stat highlights how poor Blues have been at the back since Frank Lampard took charge January 19, 2021 22:55
Chelsea FC

Report claims Steve Bruce has gone back on his own tactical decision after pressure from senior Newcastle players January 14, 2021 13:29
Newcastle United FC

‘Tierney is being run into the ground’ and ‘sickening’ – These Arsenal fans react to Arteta’s lineup for Newcastle FA Cup tie January 9, 2021 16:46
Arsenal FC