Melanie Martial, wife of Manchester United forward Anthony, appears to have taken no notice of regulations in place to limit the spread of coronavirus.

The pandemic has brought the world to a standstill over the past 10 months – with the ‘second wave’ of the virus poised to be every bit as deadly and disruptive as the first.

The UK only today announced a record daily death tally of 1564, as per Sky News, a sobering reminder that the fight against coronavirus is far from over, even with new hope brought be the vaccine being rolled out across the country.

We all still have responsibilities when it comes to limiting the spread and saving lives – but there have been a select few throughout this testing period for humanity that have considered themselves above the rules.

She keeps herself well-positioned in the limelight by updating her followers on her every move, as influencers of this nature tend to, but in this instance, it appears to have backfired spectacularly for her.

On Saturday January 9th, Melanie Martial shared several snaps of her on a flight out of France, having spent three days seeing family and friends in Paris, where husband Anthony himself was born. 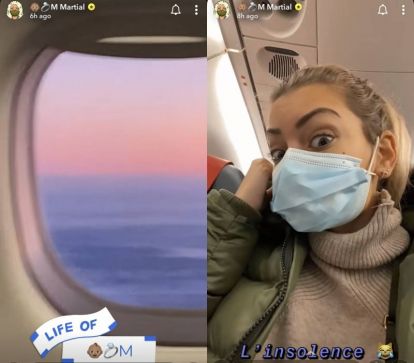 CaughtOffside have learned that it was Air France flight number AF1668 from Paris Charles de Gaulle to Manchester.

Greater Manchester has been under tier 4 restrictions since the tail end of December, with a national lockdown being announced soon after. Under both sets of restrictions, she will have required a legally permitted justification to travel internationally. It is unclear what reason was given.

Having landed back in England, she shared a picture at the airport, appearing to mock a couple who took every possible precaution to defend themselves against COVID-19 – precautions which, in fairness, would commonly be perceived as a little overboard. 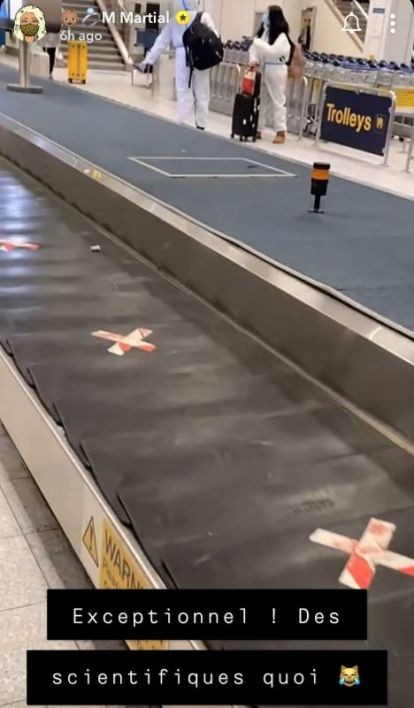 Now back home, and filming herself alongside Anthony Martial in the pair’s house later that day, Melanie would, by law, be forced into a period of self-isolation. 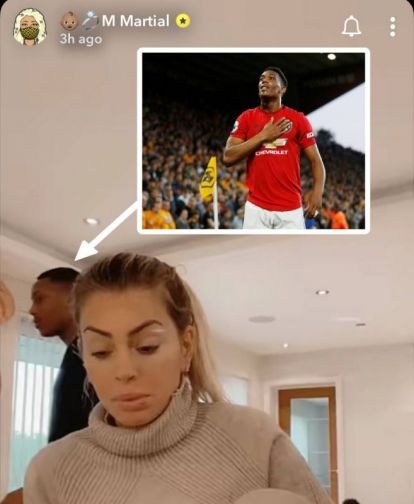 There is no suggestion at current that Melanie Martial has left her place of residence and broken quarantine. That is, asides from the picture of her stood fully-dressed alongside a Mercedes-AMG G 63 – all yours for a price in the region of £150K.

Influencers conducting photoshoots alongside their most expensive possessions is standard practice, so it would be wrong to accuse her of any wrongdoing based on this alone.

However, unless the Martial family have a beautician living within the confines of their own home in order to provide Melanie with pedicures as and when she needs, she has quite blatantly broken both her self-isolation and current lockdown restrictions – and broadcasted it to all of her snapchat subscribers. 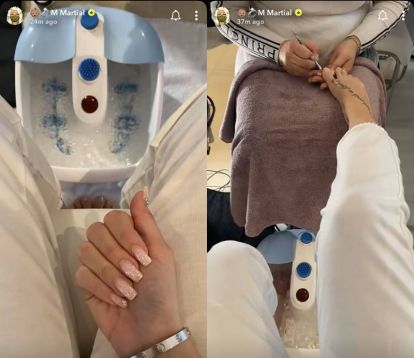 Whether there has been sufficient evidence of law-breaking here is not for us to say, but Melanie Martial appears to have little regard for personal responsibilities we all have for complying with coronavirus related regulations, and Anthony Martial has evidently not intervened.

The tally of Premier League games postponed due to coronavirus this season is up to five, and counting. The latest rounds of testing have also returned figures such as 40 and 36 positive cases – higher than we have seen previously.

English football has a problem at current – that’s clear for all to see, and it’s the players who need to take responsibility more than anyone else for ensuring the season is not derailed once again.

So Anthony, if you will – why has your wife flown to and from France and had her nails done during a national lockdown?