Arsenal meet Crystal Palace in the English Premier League at 8pm tonight. After a shocking start to the season the Gunners have climbed into 11th and sit a point ahead of the Eagles going into tonight’s game at the Emirates.

Arsenal are set to have midfielder Thomas Partey available again after a month out with a thigh problem. Defender Gabriel could also be involved following a period of self-isolation with mild coronavirus symptoms. Meanwhile, Gabriel Martinelli injured his ankle in the warm-up ahead of Saturday’s FA Cup tie with Newcastle and will miss out.

Crystal Palace go into the match with a clean bill of health except defender Mamadou Sakho, who won’t feature due to a thigh strain sustained in Friday’s FA Cup defeat against Wolves. Sakho’s absence is balanced by fellow defender Gary Cahill is returning after a hamstring problem though.

Arsenal are winless in the past four Premier League meetings between the sides, though Palace have only won five of the 47 matches between the clubs in all competitions.

In terms of the individual recent form of each team, Arsenal have won four successive matches in all competitions by an aggregate scoreline of 10-1, and victory tonight could earn them four consecutive Premier League wins for the first time since October 2018. Mikel Arteta can also take encouragement from the fact that Pierre-Emerick Aubameyang has scored three goals in his last four appearances against Palace. The former Dortmund striker spoke to the media this week, when he insisted that he is both determined and confident of a return to form.

MORE: Video: Pierre-Emerick Aubameyang admits poor form but insists he will turn it around

On the flip side, Palace have only won one of their past seven matches in all competitions, conceding 14 goals in the process. That said, they kept their first Premier League clean sheet since the opening game of the season against Sheffield United last time out.

It looks to be an interesting contest with two teams heading in very different directions right now. Roy Hodgson has only won three of his 18 Premier League matches against the Gunners and he will be redress matters in just over an hours time. Meanwhile, Arteta must use tonight’s platform to kick on and keep advancing up the table. 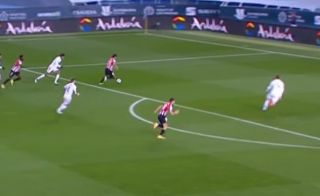 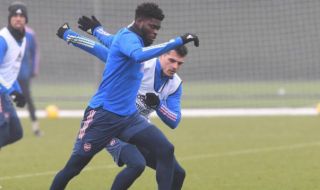