Every football fan loves their team a little bit too much and that obsession can make you do some strange things, but this is taking things to a whole new level.

We all know that there’s an intense rivalry between Celtic and Rangers, but you do get the impression that some of them have literally nothing else going on in their life.

Our colleagues at The Celtic Star have unearthed some pretty wild allegations about the photos that emerged from Celtic’s trip to Dubai.

There was genuine outrage about that trip from most fans in Scotland – including Celtic fans – and a lot of that stemmed from photos of Neil Lennon and Scott Brown having a beer by the pool with zero social distancing going on: 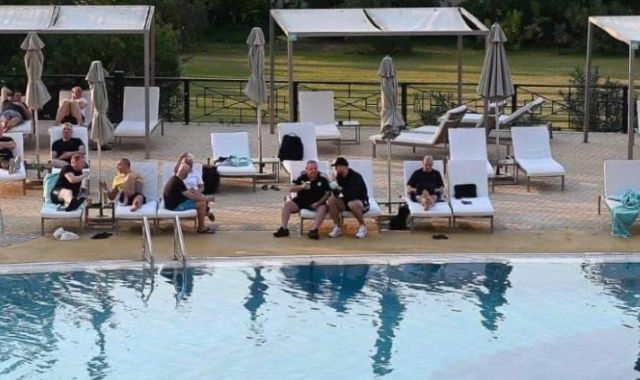 Celtic fans were especially furious with these because it came immediately after a defeat to Rangers which has essentially lost them the title, while the rest of us were annoyed because there’s a little thing called a global pandemic going on and we’re all forced to lock down for months on end because of selfish people who can’t stick to the rules.

This story takes a new turn when it’s alleged that that photo was taken by a group of obsessed Rangers fans including an investor named Alan McLeish and his son, as it looks like they followed Celtic to Dubai and got lucky.

This led to national outrage, while Celtic were forced to play Hibs with 13 players in isolation after a player caught Covid during the trip, but it also sounds like these Rangers fans contracted the virus as a result of their trip too.

It might make you wonder what lengths you would go to in order to support your team, but this would probably be too far for most.