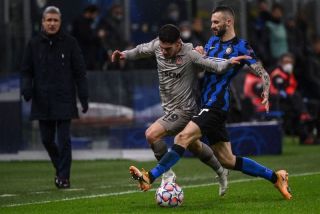 Arsenal and super-agent Pini Zahavi are reportedly in talks to bring Shakhtar Donetsk winger Manor Solomon to the Emirates.

READ MORE: Lampard told to use Chelsea flop the way Leicester do with Vardy

Solomon, 21, joined Shakhtar Donetsk 12-months ago after making a £5.4m switch from Maccabi Petah Tikva, as per Transfermarkt.

Since joining the Ukrainian side, Solomon has featured in 62 matches and has been directly involved in 19 goals, in all competitions.

The Israeli winger who primarily operates on the left flank but can also fill in on the right and through the middle has reportedly emerged as a transfer target for Mikel Arteta.

It has been well documented how the Gunners are lacking some creativity in attack as they continue to struggle for goals.

Arteta is reportedly looking to Solomon as a cheaper option to provide some much needed attacking flair.

According to a recent report from Football London, the 21-year-old winger has instructed super-agent Zahavi to broker a move to the Emirates on his behalf.

Zahavi is a close friend of Kia Joorabchian, who has a long-standing working relationship with Arsenal’s Edu which has included negotiating the signings of Willian and David Luiz.

Football London claim a source close to the player has confirmed that the 21-year-old would like to join Arsenal but a proposed move still has some way to go before being completed. 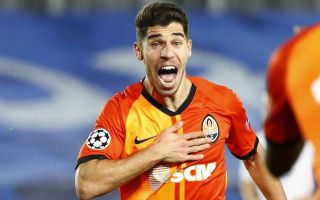