Manchester City have trolled those ‘lads’ twice today in the build-up to their Premier League encounter against Crystal Palace, with a second post referencing the hilarious trend.

Earlier today, the Citizens created their own Sea Shanty remix of the brilliant ‘Wellerman’ song by ‘The Longest Johns’ – using Raheem Sterling, Kevin de Bruyne, Sergio Aguero and Gabriel Jesus to do so.

That came after a remix of those ‘lads’ broke the internet recently, it’s all reference to four men that took a snap whilst celebrating in Birmingham almost two years ago, with that pic becoming a viral meme.

The picture of the four lads celebrating has now been used by the Citizens for a second time today, via their lineup graphic for their clash against Crystal Palace.

Kyle Walker has taken the form of the most ‘memed’ member of the group – the shortest lad on the right, whilst Ederson and John Stones occupy two others.

It’s actually a bit poor from City that they haven’t photoshopped the face of one of their players for the fourth lad – they’ve went to all this effort but haven’t shown their due respect to the meme. 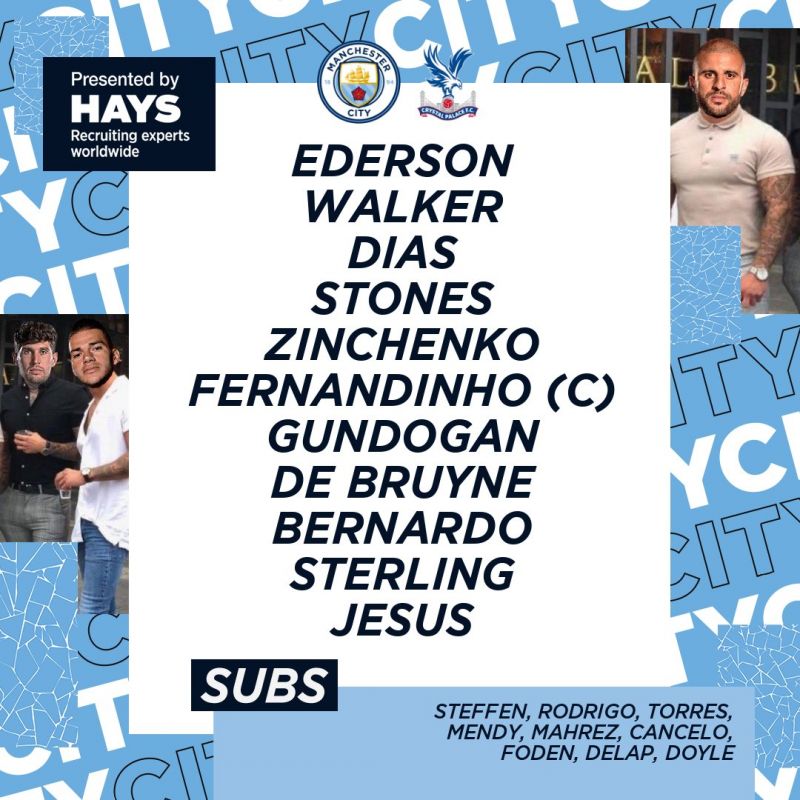 City’s social media team have certainly had some fun with this today and we wonder if they continue to count on this particular meme in the future.