In an interview with Spanish publication AS, Arsenal’s technical director Edu Gaspar has confirmed that the Gunners are ‘concerned’ with Atletico Madrid’s handling of Lucas Torreira during his loan spell.

After falling down the pecking order at the Emirates last season, the star that was signed for £26m according to BBC Sport, was offered the chance to get himself back on track with Atletico Madrid.

The initial season-long move hasn’t worked out very well so far though, Torreira has started just four of his 13 appearances across all competitions, with particularly minimal or no action at all as of late.

Edu reiterates that Arsenal’s focus is Torreira’s ‘happiness’, adding that the Gunners will look for a ‘change’ if the midfielder is not happy, before confirming ‘many teams’ are ‘calling’ about the ace.

AS report that Torreira has received proposals to head out on loan to another club from Serie A sides Lazio, Fiorentina and Torino.

The Spanish newspaper also add that Valencia sporting director Miguel Angel Corona has contacted his Arsenal counterpart in Edu over Torreira, with the Mestella outfit already receiving approval from the defensive-minded midfielder – leaving them the star’s favoured option. 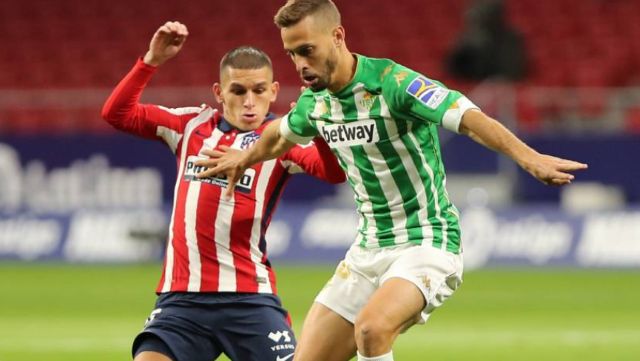 Lucas Torreira has not seen much action for Atletico Madrid so far during his loan spell.

Here’s what Edu has had to say on the Torreira situation:

“The situation is very simple. Arsenal is concerned about Torreira, his happiness, that he plays and that he is well.”

“We want to know about him how he feels and, later, of course, know what Atlético thinks. For us, Lucas and his happiness is what more important.”

“If everyone is happy, we will continue like this, if Lucas is not well, we will look for a change because there are many teams that are calling me to ask about the player’s situation.”

AS add that a swoop for Torreira also importantly makes economical sense for Valencia, the La Liga side do not have an out-and-out energetic defensive midfielder like Lucas in their fairly threadbare squad.

It’s reported that Atletico do not wish to lose Torreira at all as Diego Simeone sees the Uruguay international as a much-needed option given that Covid-19 could infect there players at any time.

Atleti currently sit top of La Liga, three points ahead of their cross-town rivals Real Madrid and seven ahead of Barcelona – whilst holding two games in hand.

With the side having their best chance to win La Liga since their triumph in 13/14, the last thing they need is losing a player of Torreira’s quality – although it’s possible due to their own handling of the ace.

It’s worth noting that interest from Serie A is unsurprising considering Torreira established his stardom in Italy when he left Uruguay for Pescara and later starred for Sampdoria before the Gunners came calling.