According to Canal Supporters via Le Parisien (subscription required), Tottenham Hotspur are unwilling to allow out-of-favour star Dele Alli to leave on anything but a permanent deal, amid interest from PSG.

Le Parisien report that Dele was ‘immediately mentioned’ as a possible reinforcement this month when sporting director discussed potential incomings with Mauricio Pochettino.

Pochettino has just taken charge of the Parisians, a side he represented for two-and-a-half-years during his playing days, in what is the Argentine’s first job since he was sacked by Spurs.

Dele was embarrassed by Jose Mourinho as he was left out of the matchday squad for the tie against relegation candidates Sheffield United – in favour of the unconvincing loanee Gedson Fernandes no less.

Fabrizio Romano recently reported that the 24-year-old is pushing to join the French powerhouses, with talks ongoing as PSG face the difficult task of meeting stubborn negotiators Spurs’ demands.

Le Parisien report that Spurs consider a straightforward loan for the outcast ‘unthinkable’ as they are demanding either a sale or a loan that contains an obligatory option for at least €50m. 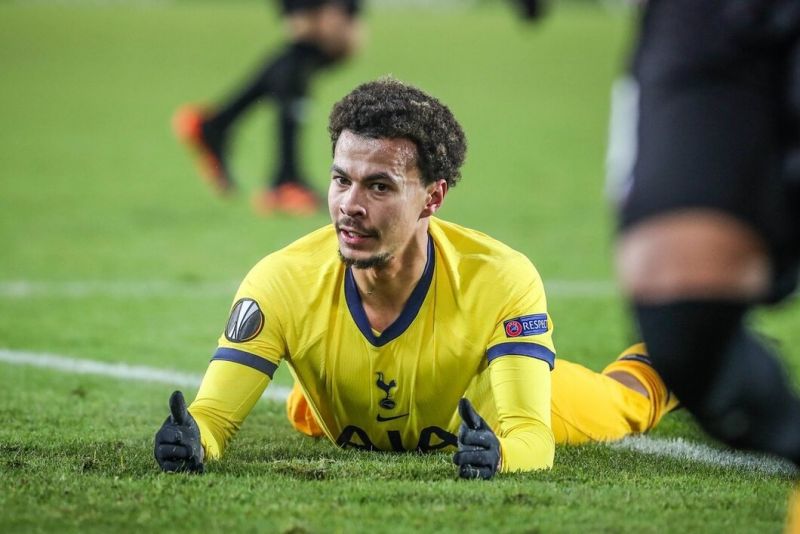 It’s unsurprisingly added that the demands of the shrewd Daniel Levy and Spurs’ hierarchy make negotiations over a move to the Ligue 1 giants ‘difficult’, however PSG aren’t giving up.

Le Parisien note that they find it hard to believe that Leonardo will secure the transfer of anyone else other than Dele this month, whilst their interest in the star will have a direct impact on how their squad building pans out in the summer, with Julian Draxler and Angel Di Maria out of contract.

Dele has been unconvincing for around two years now, the attacking midfielder appeared to enjoy a resurgence when Jose Mourinho first took over but has since found himself cast aside.

The MK Dons academy graduate has started just six of his 12 appearances across all competitions this season, registering two goals and two assists.

The nightmare that seems set to end Dele’s Spurs career seems to have started immediately after the Premier League restarted in the summer after a hiatus due to the Covid-19 pandemic.

Alli has also been out of the England squad the Nations League finals competition in the summer of 2019, if Spurs can’t sanction a move this month, there’s absolutely no chance he’ll make Gareth Southgate’s squad for the Euros – given his minimal action.

Pochettino helped craft Dele into a fine player, the Argentine and Paris Saint-Germain are the best bet for the attacking midfielder if he wishes to get his career back on track.