Non League football never fails to throw up some wonderfully mad moments, but it’s fair to say that the wait for the video footage from the Leamington vs Kettering game tonight was more exciting than what actually happened.

It all kicked off after Leamington confirmed that Kettering’s Michael McGrath had been sent off for striking the referee, before he lost it and started smashing up the dressing room, while there was a further tweet suggesting he tried to run back on for round two and had to be restrained, but that final tweet has since been deleted: 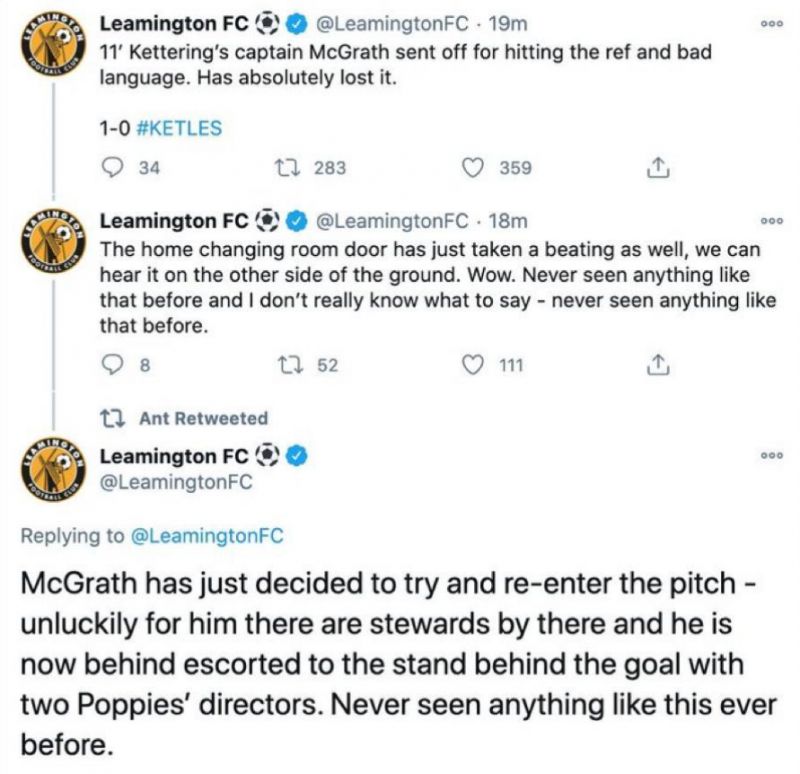 Clearly that description sounded like some scenes for the ages, and it got even more outstanding when it emerged that all of the lights had gone out and it did make you wonder if he has done the unthinkable and taken the power supply out:

The lights have just gone out…

That was also followed up with suggestions that McGrath works as an electrician which seems too wild to be true, but the footage has since emerged from the grand incident…

Clearly he does seem to connect a bit with the referee and it’s not great, but it’s absolutely not living up to the initial hype:

Some ‘hit’ that is pic.twitter.com/UfDUktJxrv

Here’s the whole thing. No idea why McGrath lost it so badly???? pic.twitter.com/HERXLYjRDI