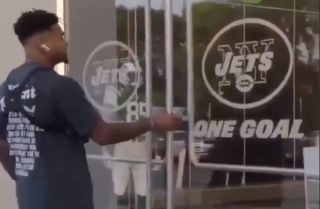 It’s likely that Chelsea fans won’t be feeling in a jovial mood after another loss tonight, but it’s one of those situations where you might cry if you can’t laugh about it.

There have been suggestions that Frank Lampard would be sacked if he lost the game against Leicester City tonight, so there’s plenty of feeling that his time is up.

ESPN have quickly pounced on that and suggested that this could be Lampard’s fate when he turns up for training tomorrow: