The Blues have not looked in good shape recently and this has led to speculation over Lampard’s future.

MORE: Talks held: Frank Lampard ‘on the brink’ as Chelsea hold talks with his successor

We also exclusively revealed that Lampard’s position has been precarious for some time, with a source telling us of the bad mood inside Stamford Bridge this season. 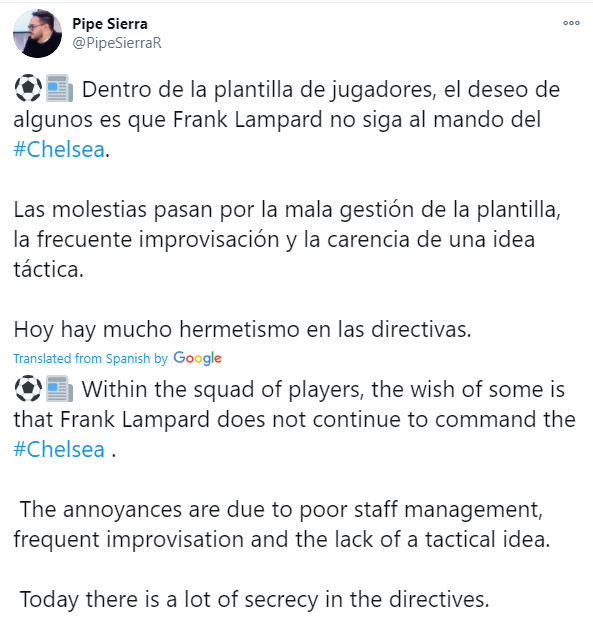 It looks like Lampard’s spell at Chelsea as manager is heading for an unhappy ending – in stark contrast to his legendary playing career with the west London giants.

Lampard was Chelsea’s all-time leading scorer and won multiple major trophies, including the Champions League, during his time with CFC.

He perhaps took this job too early, however, and looks in real danger now of being replaced.