According to an insightful interview for Zenit’s official website, former Liverpool star Dejan Lovren has detailed the shock time that Jurgen Klopp was left furious with a Reds youngster.

Liverpool managed to brilliantly recoup over half of the £20m fee they paid to recruit Lovren from Southampton in the summer of 2014 when they sold the ace to Zenit for £10.9m, per BBC Sport.

In the same interview, Lovren claimed that the Reds miss him more than he misses them, which is a pretty valid point considering their current centre-back situation, with injuries running riot.

Lovren also shared a shocking story in his telling interview, in which Klopp brutally slammed a youngster at the club for arriving to pre-season training in a Mercedes whilst sporting a gold Rolex watch.

Lovren appears to suggest that the talent may have even arrived wearing two gold watches, but the Croatian may have been joking, it’s not clear on this point as of yet.

Klopp seems to have embarrassed the ace in front of the entire team, by reiterating the talent was carrying himself in a seemingly flashy manner whilst never having made a first-team appearance. 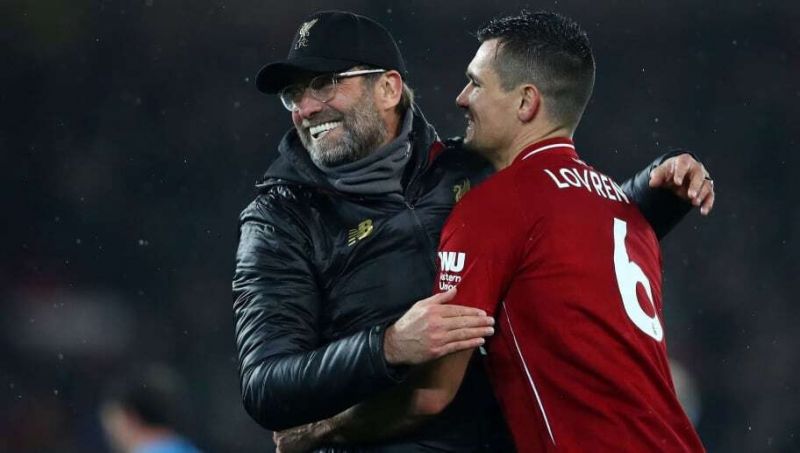 Lovren was asked how football needs to change it’s attitudes towards youngsters, with some believing they are superstars before they’ve even played for the first-team:

“I will tell you a short story. In 2017, on the first day of preseason training with Liverpool, one 18-year-old player, I will not name him, came to training in a Mercedes with a gold Rolex on his wrist.”

Klopp: “What car did you come here in?”

Klopp: “What’s that on your wrist?”

Klopp: “How many matches have you played for the first team?”

When asked by Zenit how the aforementioned player reacted, Lovren responded with:

“Yeah, he came in with two gold watches! (Laughs.) The next day he arrived without a watch and a normal car.”

It really doesn’t surprise us that Klopp took a brutal no-nonsense approach in this incident, and it’s probably a stance that many would agree with in this modern age of football.

Top-flight youngsters especially are earning more than the average citizen will ever make, all the while they’ve yet to make a first-team outing and perhaps never will for the massive clubs they’re signed to.

Whilst it’s easy to take a downright cynical stance on this matter, considering the money that Premier League football produces it’s no surprise that some of that has filtered down to exuberant youth wages.