What exactly were Chelsea trying to achieve during their 2-0 defeat to Leicester City yesterday evening? Blues fans will be scratching their heads this morning.

Frank Lampard’s men had been on a poor run in the Premier League prior to their victory over Fulham at the weekend, but Chelsea fans could have been forgiven for thinking they could use that as a foundation to build upon.

Having been toothless and, to put it frankly, terrible against Leicester last night, the pressure is fast mounting on Lampard at Stamford Bridge, and it’s easy to see why.

MORE: Lampard admits ‘some things are always beyond your control’ as sacking questions raised

It’s not just the results, but it’s the manner in which Chelsea are losing which suggests that perhaps Lampard has taken this job too soon.

To sum it up in an image, have a look at this freeze frame from last night, with Chelsea in possession and looking to build an attack while trailing by two goals. 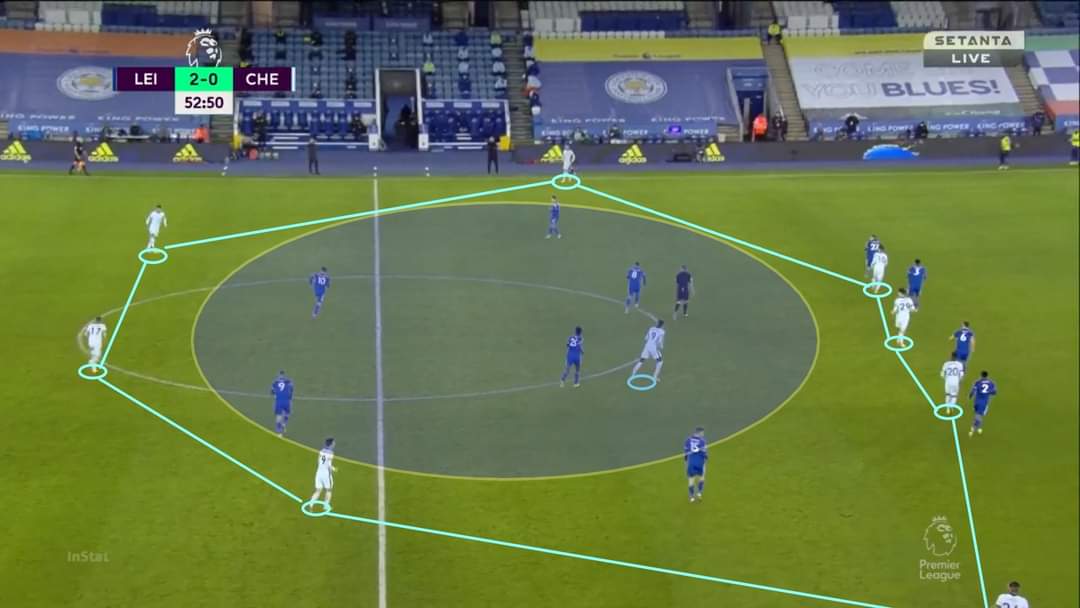 As they look to transition from defence to attack, Chelsea have one player in a midfield position – and that’s number 9 Tammy Abraham.

Christian Pulisic, Kai Havertz and Callum Hudson-Odoi are stood on top of each other, with the wing-backs providing the width, and Chelsea’s midfield is completely non-existent.

Is it any surprise that Chelsea are incapable of winning with a setup of that nature?