Reece James’ performance level has dropped considerably in recent weeks. An article by The Athletic has provided one reason why that may be.

James was one of Chelsea’s star performers earlier in the campaign, hence why he was able to force himself into the England setup and leapfrog Trent Alexander-Arnold in the pecking order.

However, his performance level has dropped considerably in recent weeks, with Leicester City’s second goal on Tuesday night coming as a result of the youngster switching off to his surroundings.

MORE: Independent: No interim manager, Lampard may have time to turn things around

The below graphic, included in the article by The Athletic, depicts how James found himself the wrong side of James Maddison, who beat Edouard Mendy and found the back of the Chelsea net. 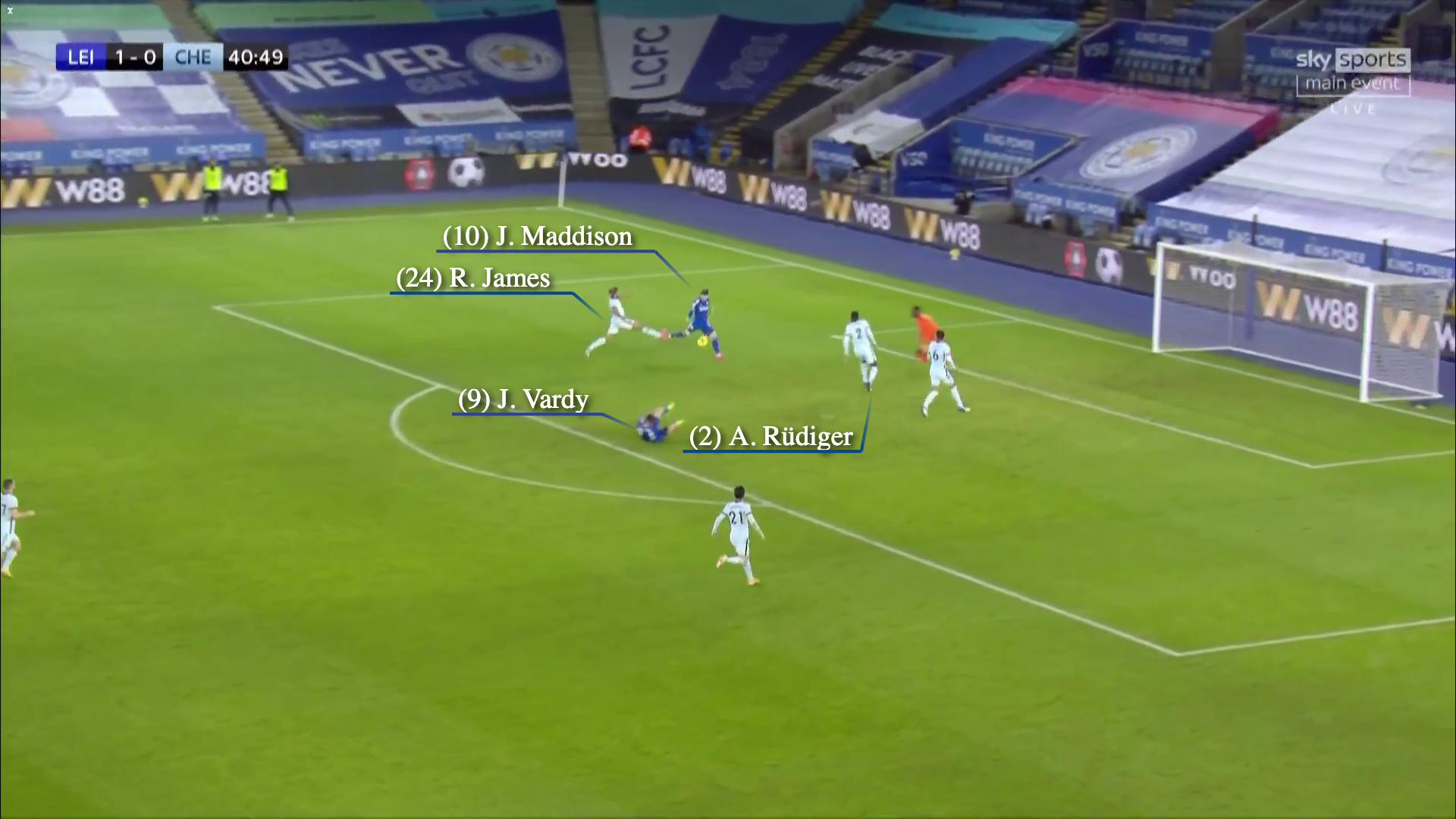 While it would be easy to point the finger at James and put it down to defensive naivety, which it may well be, The Athletic have suggested that the knee injury he is currently dealing with may well have effected his performance level.

James appears to be managing the problem at current, but if he isn’t fully trusting his knee, then it’s easy to see why he could find himself caught out in this manner.

It’s difficult to see what the solution is for James right now, but Chelsea do have Cesar Azpilicueta in reserve. Does the skipper deserve to have a run of games?