Ever since Danny Drinkwater signed for Chelsea from Leicester City, things went from bad to worse.

Highly-rated when at the Foxes and a player who played the fullest part in their run to the 2016 Premier League title, Drinkwater hadn’t played a competitive match for the west Londoners since August 2018, before sealing a switch this week to Turkish outfit, Kasimpasa.

It’s a reminder to any footballer just how fickle the game can be and if you don’t look after and apply yourself correctly, things can go downhill very quickly.

According to the Daily Mail, with his move to Kasimpasa sealed, Drinkwater decided, perhaps ill-advisedly, on an Instagram Q&A with his followers.

One question clearly got under his skin as a fan asked ‘Where did your career go wrong?’ 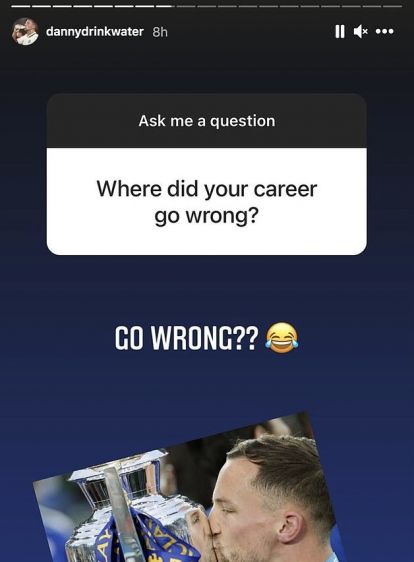 Drinkwater simply replied with a picture of himself kissing the Premier League trophy and the words ‘Go wrong???’ with a laughing emoji.

The player can always revert back to that incredible season of course, but he’ll only end up looking like one of those washed up has beens if he continues to dine out on past glories.