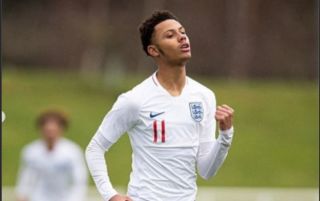 A player suddenly signing up with a new agent is never good news, and if they agree to be represented by Mino Raiola then it definitely means that a transfer is on the way.

There’s been a bit of talk about Crystal Palace wonderkid Zion Atta for a while now and he’s incredibly highly rated for a 16 year old, but he’s still a youth player so there’s no telling how good he can be.

It is clear that Mino Raiola thinks there’s some money to be made by agreeing to represent him, with ESPN reporting that he’s now going to be his agent.

They also suggest that he’s had some offers from Roma and Ajax while he’s eligible to represent Italy too, so it’s likely there will be competition for him for club and country.

READ MORE: Manager vows to “do everything” to bring Chelsea star back to the club

In terms of his immediate future they indicate that he’s turned down a professional deal with Palace because he’s looking for a clearer pathway to first team football, but the reported interest from Man City and Liverpool might not be the best option if he’s hoping to break into the senior setup soon.

It has to be gutting for Palace to develop him only for this to happen when he starts getting closer to the first team, so it will be interesting to see if he does move on and how that affects his chances of playing senior football.