According to the MailOnline, both Manchester United and Paul Pogba are yet to make a decision on the midfielder’s future at Old Trafford, with that matter now firmly taking a backseat.

With the 27-year-old’s contract expiring at the end of next season, the MailOnline report that discussions over a new deal will not take place until the end of the current campaign.

That’s a smart move by all parties – especially United – they can’t afford to take any attention away from the title challenge they’ve found themselves in after grinding out the results.

United sit top of the Premier League table, two points ahead of cross-town rivals Man City who boast a game in hand – one that won’t disappear anytime soon with their expected progress in the FA Cup.

Pogba has been crucial for Ole Gunnar Solskjaer’s side as of late, the Frenchman has recorded the game-winning contribution in three of their last four Premier League encounters. 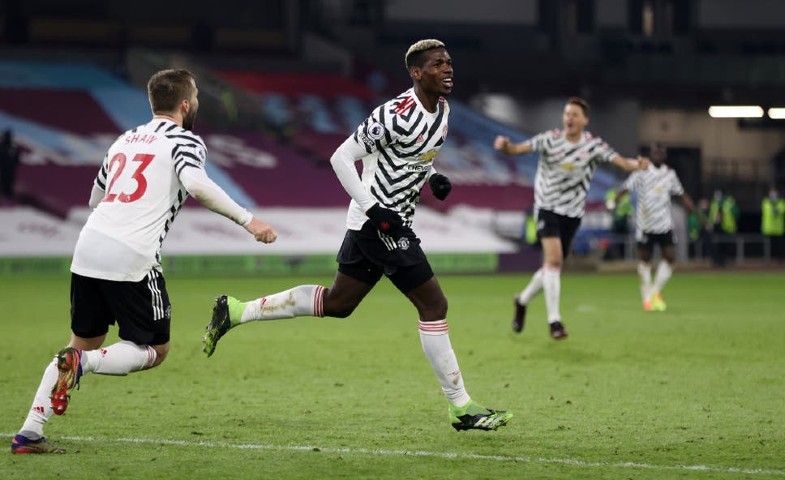 Paul Pogba has made game-winning contributions in the last couple games, silencing the critics.

Pogba won the controversial penalty that Bruno Fernandes put away to overcome a resilient Aston Villa side, the creative midfielder followed that up with winners against Burnley and Fulham in matches that were perhaps far too closely-contested for United fans’ liking.

Nonetheless, results are what counts and that has been the trend for Solskjaer’s men since the turn of 2020 and Bruno Fernandes’ arrival – this team are grinding out wins, in situations where they perhaps would’ve fallen short in the past, all coming whilst heated rivals Liverpool have been dropping points.

On the note of Pogba’s impressive form, it appears as though the appointment of United legend Darren Fletcher has had a massively positive impact on the World Cup winner…