According to Corriere dello Sport, an Italian agent has offered the services of Edin Dzeko to West Ham United with the world-class striker’s rift with Roma suggesting an exit could be on the cards.

Corriere dello Sport report that Dzeko was involved in a heated argument with manager Paulo Fonseca and a member of staff after the upset defeat to Spezia in the Coppa Italia’s Round of 16 this week.

It’s detailed that Dzeko and Fonseca haven’t seen eye-to-eye for months now, with another report from CdS reporting that the frustration was birthed after the Europa League knockout to Sevilla last season.

Dzeko was only called into action by Fonseca when extra-time was already underway, considering the Bosnian’s quality and track record, it appears he would’ve liked to be drafted in much earlier.

That substitution was a nightmare on another front, it marked a rule-breaking sixth change from Fonseca which has seen their 4-2 defeat overturned to a 3-0 forfeit loss.

Corriere dello Sport even report that someone had to get in between Dzeko and Fonseca to prevent the altercation boiling over physically. 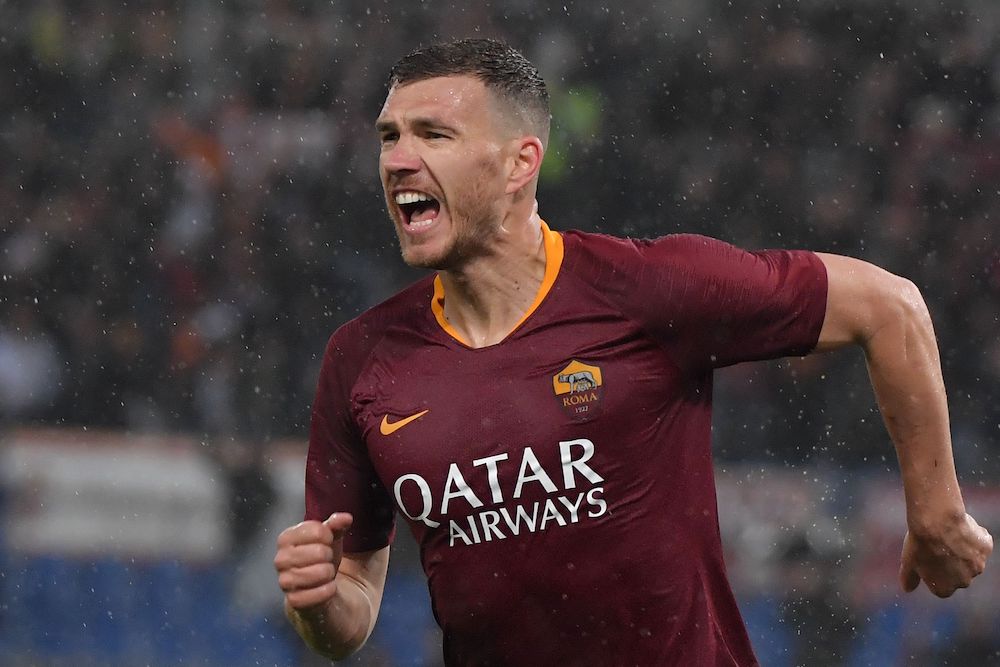 AS Roma Bosnian forward Edin Dzeko celebrates after opening the scoring during the Italian Serie A football match AS Roma vs Udinese on April 13, 2019 at the Olympic stadium in Rome. (Photo by Tiziana FABI / AFP) (Photo credit should read TIZIANA FABI/AFP via Getty Images)

Corriere dello Sport detail that it will be very difficult for this rift to be overcome, but the other option of selling the ace is not so simple either.

It’s added that Inter Milan and Juventus – who did actually agree to sign Dzeko in the summer – are both no longer able to facilitate the 34-year-old’s €7m-a-year in wages.

That’s seen West Ham offered the star’s services, a Premier League team may have more financial power at this moment in time to carry such a wage, but this transfer could still be very hard to seal.

Corriere dello Sport claim that an Italian agent has offered Dzeko’s services to David Moyes’ side that are on the hunt for a striker – but there’s no further details at this stage.

It remains to be seen whether Dzeko would welcome the challenge of the Premier League again, having won it twice during his four years with Manchester City (he spent five years on the books but one season was a loan to Roma) and proving that he was a quality striker.

The east London outfit are in the market for a centre-forward after they cut their losses with Sebastien Haller by offloading the target-man to Ajax.

That deal came in the opening stages of the transfer window, the Hammers have not shown a measured account of themselves in not securing a forward addition by this point.

That’s left Michail Antonio – whose just returned from injury – to bring the firepower for the side and whilst he’s done a mighty fine job of that, it marks an incredibly risky approach from West Ham.