Chelsea have reportedly moved to block Emerson Palmieri from leaving the club this January following a transfer approach from West Ham.

The Blues have decided they don’t want to loan the Italy international out despite him not being a regular in Frank Lampard’s first-team for some time now, according to the Daily Mirror.

The report claims West Ham had made an enquiry about signing Emerson as they’re keen on cover in the left-back position, but Lampard also wants the depth in that area for the second half of this season.

This could end up being a smart move by Chelsea, and there’s certainly little to gain for them by letting Emerson move to one of their rivals.

Despite struggling to make an impact since his move from Roma, Emerson is a solid enough squad player and could offer Chelsea something if they ever lose Ben Chilwell to injury.

West Ham will likely now have to look elsewhere to strengthen their defence this January. 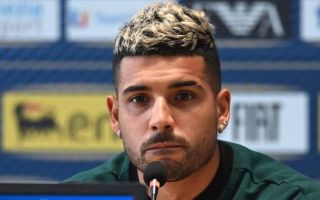