Club Atlético River Plate striker Rafael Santos Borré’s contract will be up later this summer as Atlético Madrid has majority rights to the Colombia international. Unless the Argentine club buys 25-percent more of his passage, the 25-year-old will be leaving in a few months.

In an interview with El VBAR Caracol, Borré discussed his future with Los Millonarios as his contract his set will expire in June.

“In the transfer markets, these speculations always arise. It is a moment in which the contract expires, but I handle it very calmly,” Borré said. “If something good comes, I will analyze it and make the decision, but I have no desire, I am in a great place, and I can’t go wrong in the step I take.”

Nonetheless, the Colombian striker has eyes on two leagues in Europe that he would like to play in should his time with River Plate come to an end. Borré states that the Premier League and Serie A both suit his style of play.

“Today, the possibility of being in Italian or English football calls my attention. I feel that they are two football leagues that suit me due to my characteristics.”

When it comes to the cost that any club, whether in European or Latin America club is interested in Borré, his value sits at €10-million per Transfermarkt. However, the River Plate striker isn’t ruling out a move to Major League Soccer, and should an offer come, he’ll discuss it with his representatives. 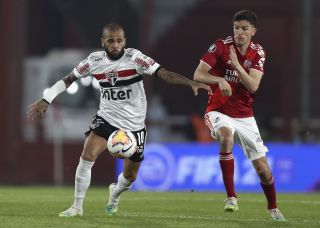