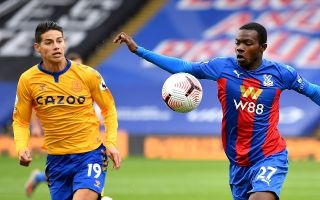 Arsenal have reportedly been scouting Crystal Palace left-back Tyrick Mitchell ahead of a potential transfer.

The Gunners are looking for more depth in the left-back position at the moment, which makes sense after Sead Kolasinac’s departure this January.

MORE: Could Arsenal harm Emile Smith Rowe with this signing?

According to the Evening Standard, Arsenal are looking at Southampton’s Ryan Bertrand, but have also been keeping tabs on the progress of Palace starlet Mitchell.

The 21-year-old looks hugely promising and could be a fine addition for Arsenal, though the Evening Standard note that there’s some uncertainty about his contract situation.

They suggest that Mitchell might be out of contract at the end of this season, though they also add that there’s a possibility it goes on for longer.

Either way, Arsenal fans will no doubt follow this saga with interest, as Mitchell or Bertrand would undoubtedly be useful additions to Mikel Arteta’s struggling squad.

Kieran Tierney should remain first choice at left-back for the north London giants, but the Scotland international has had his fitness issues in his time at the Emirates Stadium.