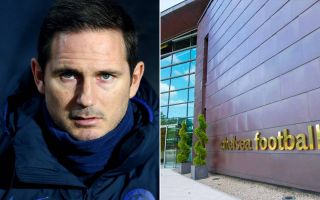 Frank Lampard was not allowed into Chelsea’s Cobham training ground to say goodbye to his players after being sacked by the club, according to Sky Sports News.

Lampard was given the boot by Chelsea on Monday, despite having beaten Luton Town in the FA Cup fourth round over the weekend.

The Chelsea board had evidently made their decision well in advance of that game, with Lampard likely to have been dismissed either way, so it seems.

Chelsea are a club who have oftentimes adopted the ‘strictly business’ mentality, so couldn’t allow sentiment to affect their decision when it came to their judgement on Lampard.

However, if this clip shared below by Football Daily, a snippet from SSN (with pictures provided by Sky Sports), is to be believed, the club ought to be hanging their heads in shame.

? “Frank hasn’t been allowed to the training ground this morning or this afternoon to say his goodbyes.”

Gary Cotterill on the brutality of Frank Lampard’s sacking at Chelsea pic.twitter.com/VW8aCJYx67

Lampard is a club legend who has contributed a great amount to Chelsea. He’s dedicated the vast majority of his career in football to the Blues – and they wouldn’t even let him in to say goodbye.