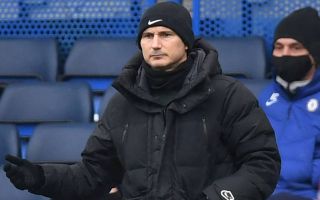 Barry only joined Chelsea for this campaign, having been a coach at Wigan throughout Lampard’s debut campaign at Stamford Bridge.

While his influence has been considered to have had a significant contribution to Chelsea’s tightening up at the back, it’s unclear whether he will remain at the club following Lampard’s departure – as with the rest of his backroom staff.

What might be a pretty good indication that he will, though, is that Training Ground Guru today revealed via Twitter that he had been entrusted to take today’s training session, with Lampard having been sacked in advance of it.

Anthony Barry has taken training at the club today https://t.co/XxL9wH6Bhg

Outlets such as the Guardian have claimed that Thomas Tuchel will be replacing Lampard in the dugout. If that is to be the case, he will need coaches with prior knowledge of the squad to ease the transition into life in SW6. Barry could be one.